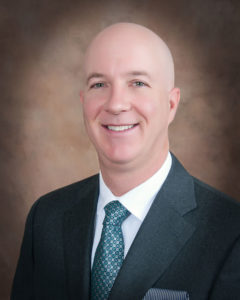 Dr. Robert Milisen has an extensive background in chemistry and biochemistry. He graduated from the University of Colorado with a bachelors degree in chemistry and worked for Hewlett Packard as a chemist before earning his Doctorate of Naturopathic Medicine at the Southwest College of Naturopathic Medicine and Health Sciences in Tempe, AZ in 1999. He has interned yearly during 2006,2007, and 2008 at the Paracelsus Klinik in Switzerland with Dr. Thomas Rau. He trained in Neural Therapy, Isopathy, Chelation, Ozone, Biological Dentistry, Cancer Therapies, Infusion therapies, Biological Medicine, CRT 2000 Thermography and Magnetic therapies. Dr. Milisen also interned with Dr. Peter Heuser at the Lucas Klinik of Anthroposophic Medicine in Arlesheim, Switzerland in Cancer therapies, Mistletoe therapy, Chronic disease, injections and infusions . He also has trained with Dr. Dietrich Klinghardt and is a diplomate of the U.S. Paracelsus Biological Medicine two year postgraduate program (2008) and continues work with Dr.’s Rau, Heuser, and Klinghardt.

Dr. Milisen is well versed in the clinical and pharmacological sciences. He has been studying and practicing in Naturopathic Medicine, European Biological, Integrative and Environmental Medicine, for a combined 27 years. This provides the patient with a wealth of resources to begin detoxification—healing digestion, liver, lymph, gall bladder, removing toxins—using Suisse Neural Therapy, infusions, homeopathy, biochemistry, chelation, and especially common sense. Your treatment is custom fit to your unique situation.

He is also a member of the following prestigious organizations: